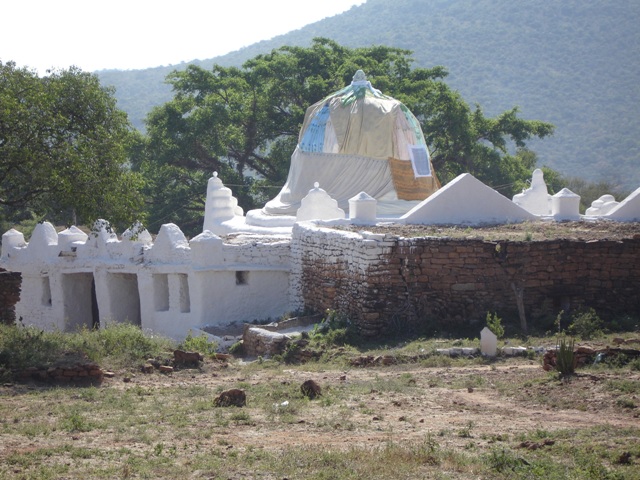 Dirre Sheik Hussein (Shrine): It is situated on the border of West Harargé and Balé Zones at the Southern edge of Web River. It is 178 km far from Robé along the all weather road that passes through Jarra, and Dallo Sabro towns. The Shrine is named after an ancient muslim holy man (religious leader) called Sheikh Nur Husein bin Malka or bin Ibrahim who was reputed for his religious teachings, high devotion and remarkable miraculous deeds.

According to oral history, the birth of Sheikh Nur Husein or “Sheikhana Husein” is dated back to 11th (942G.C) century from his father Malka or Sheik Ibrahim and his mother Shamsiyya in the same site now called Dirre sheik Hussein. According to local legend, Sheikh Husein had passed 250 years alive on earth out of which he spent 50 years in a place called Sakina (in Arsi) or in a state of disappearance into spiritual life or devotion; 130 years in various parts of the world and 70 years at his Dirré itself. The main attractions of the site include the impressive white colored and conic shaped “Gamo” or “Qubbaa” (domes of tombs and mosques) scattered all over in the area. This, over 900 year old famous cultural site has monuments built under the auspices of Sheikh Muhammad Tilmo 360 years ago. There are over ten such monuments amongst which the oldest one is the Qubba of the Sheikh’s parents. The Sheikh’s qubba, the biggest of all, is separately fenced by stout wall around an area of more than 10,000 m2. Pilgrimage visiting made   Dirré twice a year by tens of thousands of people (pilgrim from all over Eastern, southern and western Oromia and various parts of Ethiopia).

The other historical remains notable in Oromia include burial grounds, bridge, prison, ponds, etc amongst which are the burial ground of King Aba Jifar, the prison of Lij Iyasu in Gurawa town, the Portuguese Bridge and Wadesa Terraced pond.