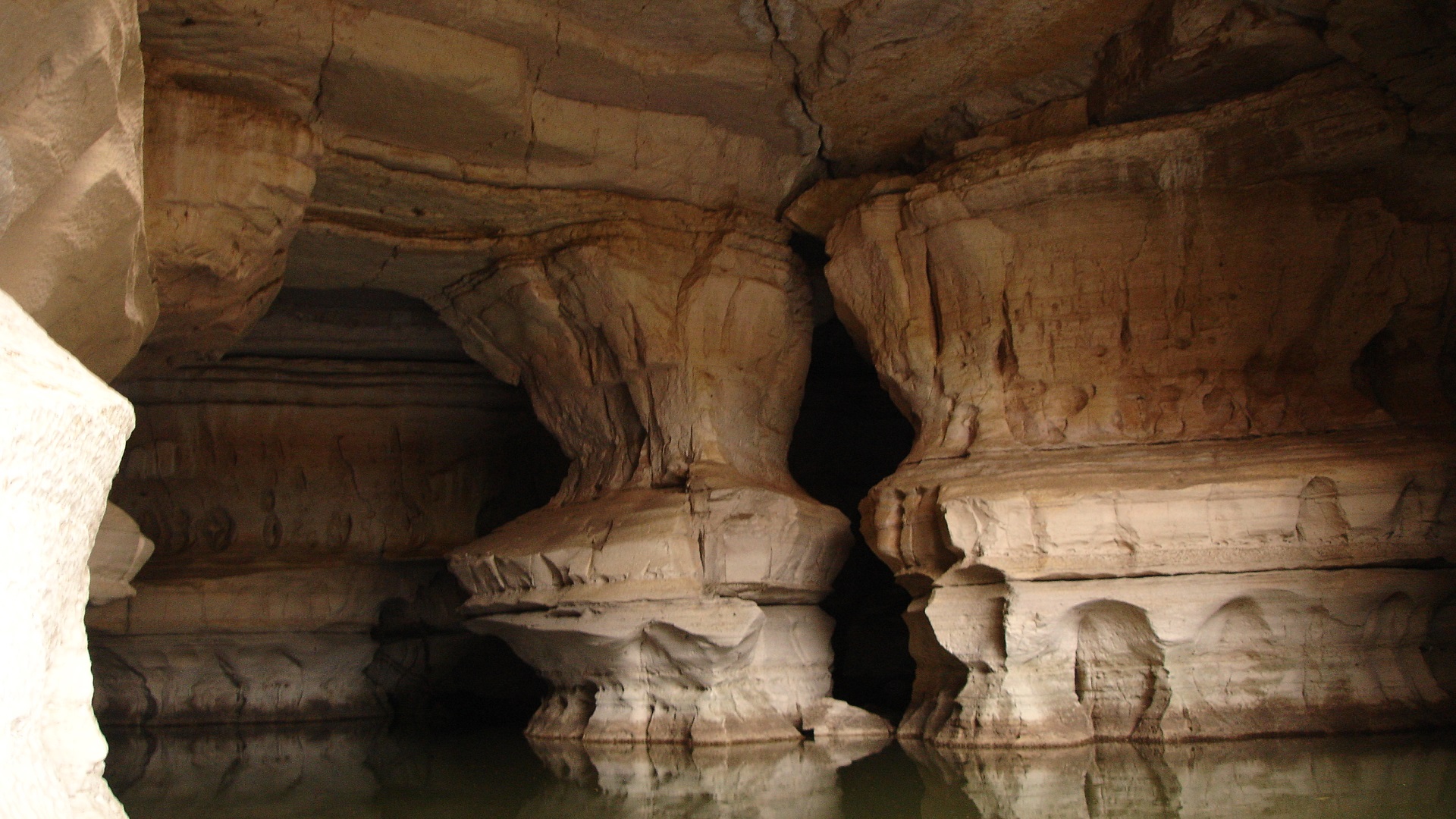 Sof Umar Cave: Situated in East Bale zone, there is a place that tourists never want to miss visiting in the area, Sof Umar Cave. The Sof umar Cave is one of the world’s biggest caves in Africa. This marvelous underground world cave is located in Dawe Qachan District of East Bale Zone at the distance of 110 kilometers from the Robe town, or 40 kilometers from the nearest Goro town.  The cave’s most attractive features include:

The cave’s area, which is typically characterized by flat topography and a deep gorge cut by Web River in particular, the Ayyo-Makko cave gate which is the river entrance at the right edge of the gorge cliff and the Huluqa which is the resurgence of water from the cave are unique landmark sights even from outside the cave. Being one of the world’s most extensive underground caverns, its beauty comes from the untouched and savage aspects of the huge main passages which has 42 internal entrances and total passage distance of 15.6 km. It has a 2km tourist route which crosses the river seven times and takes visitors about two hours walking.

Sof Umar Cave is a reputed historical Islamic heritage dedicated to the Sufist Sheikh Safiy Ullah Umar (abbreviated as “Sof Umar”) from whom the name of the cave has been derived. The Sheikh was said to be the nephew as well as the disciple of Sheikh Husein. Who lived and worshiped Allah in the cave, and also taught Islam to his followers many centuries ago.

The cave, thus, is one of the venerated monuments of religious history that predate the arrival of Islam in Bale. The present cultural practice of offering prayers and sacrifices by pilgrims twice a year in celebration of religious events and ceremonies gives a good opportunity to tourists to experience Islamic history and culture in the country.